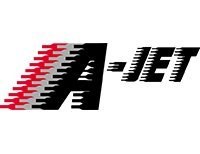 Get in touch to discuss your pest issue. We will ask for some basic information and give you a price over the phone

Prepare Your Home For Treatment

Let Us Do What We Do Best

How We Control Ants

The way we target the queen involves laying bait as a food source laced with poison. This bait attracts the foraging ants which they will then carry back to the nest. The ants will then eat the bait and die in the nest. Ants are carnivorous so once the poisoned ant has died the other ants will then eat the poisoned ant and poison themselves. This will spread through the colony and ultimately kill the queen which will exterminate the ant colony.

In the event where there is more than one colony it is possible that all the bait will be taken before ants from each colony have had a chance to bring the bait back to their respective colony. In this case we will need to return to the property to lay more bait to fully eradicate all the colonies. This is done at a reduced cost and the technician will aim to provide surplus bait at multiple locations so as to ensure all colonies are targetted.

Alternative treatments may involve using a spray if the nest is evident to the technician or to remove ants from electrical wiring or power equipment. Additionally the technician may lay down a barrier layer at the entry points of doors and windows to deter ants from travelling indoors. This treatment works on residual contact which will kill any ants which pass over it. Ants are one of those creatures that you are likely to see wherever you go on earth. There are thousands of ant species located on every continent on the globe with an exception of extremely cold places like Antarctica.

Ants have three distinct body regions: the head with two bent antennae, thorax, and abdomen. They have a narrow waist separating the abdomen and thorax and a large head with powerful Jaws. Ants do not have ears. They ‘listen’ by detecting vibrations using their antennae. Some species of ants may grow wings especially when they need to migrate, but the wings are temporary and they usually fall off.

Ants are extremely social insects, and they usually live in large groups or colonies, some of which can be made up of millions of ants. There are three types of ants in a typical colony: males, female workers, and the Queen. The Queen and male ants have wings while the female workers do not. The female workers are the ants you normally see around your home hauling tiny bits of food into small holes. Their job is to find food and bring it back to the nest. The male ant’s responsibility is to mate with future queen ants after which they die. The Queen’s job is to lay eggs continuously for the advancement of their species. Depending on the type of ants, a colony may have one or many Queens.

Ants are nature’s biggest scavengers. Ants go around looking for pieces of food to bring back to their nests. Most Ants are carnivorous and they feed on dead insects and animals. There are other species that feed on plants only, such as the Leaf-Cutter Ants. When they make it into your home, Ants are known to look for sugary things like candy, sugar, food pellets, among other things particularly those dropped on the ground. Adult ants love to feed on liquids, such as nectar or juice from fruits.

A typical ant’s life cycle has 4 stages; egg, larva, pupa, and adult. It usually takes about 6-10 weeks for an ant to go through their life cycle. Male ants usually live for a few weeks then die after mating. Female workers may live up to 7 years while Queens can live for up to 29 years.

Ants are very beneficial for the environment, helping with soil aeration and natural decomposition. However, they can be equally annoying when they decide to build their nest in or near your home and terrorise you.

Compared to other countries where you find hundreds or thousands of species of ants, New Zealand has very few species of ants -11 native and 21 introduced species, mainly from Australia. The most common ant species in New Zealand include:

This is, by far, the most common native ant species in New Zealand. Southern ants are black or orange ants that can survive in most habitats such as the forests, grassland, gardens or rotting logs.

This type of ants have a striated head and body marked with lines. They can also survive in multiple habitats. There is evidence that striated ants capture live snails and devour them for food.

You might have noticed white trails of these ants on your wall. They are common in urban areas and move in colonies made up of thousands of ants.

These brown ants prefer to live in open and urban areas as opposed to dense forests. They build huge colonies and feed on a wide range of food, including the food safely hidden away in your pantry.

What do ants eat?

They are usually looking for food or have found a food source. They’re attracted to sweet, sticky substances.

While ants appear to avoid strong smells such as vinegar, it won’t eradicate ants, their colonies or nests.

Can ants damage my house?

Yes. They can get into electrical equipment (e.g. light switches) and cause damage. They also contaminate food and damage plants.

How to know if you have an ant colony?

Foraging ants will usually form a trail back to their colony/nest. Nests are usually in dry, warm spaces outside, often underground e.g. under paving stones, driveways or gardens.

Send Through Your Details And We'll Be In Touch Shortly